There are many factors that act alone or in combination that are culprits for a Receding Hairline. Even though a receding hairline is more common in men than in women, it remains a troubling problem for both sexes. Especially in men, receding hairline can happen at any stage of life, even in puberty. Hair loss in men usually happens in the front area of the head. Some of them can lose one to two centimeters of the natural hair line, while others can experience a more extreme recession.

Causes Of A Receding Hairline

The main factors that cause receding hairline are disease, stress, enzyme activity, etc. 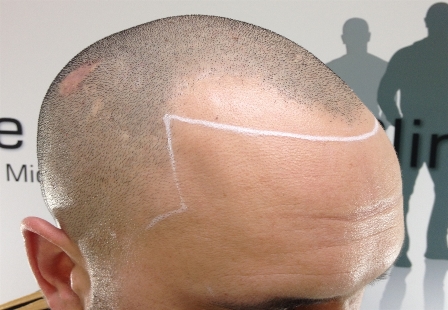 How To Prevent Receding Hairline

Drugs like finasteride, minoxidil, rogaine, procerin, etc., proper nutrition, reducing the intake of other medications and clean scalp can promote regrowth of the hair and reduce hair loss. Another great and really successful and famous procedure among men is the scalp micro pigmentation or SMP process. SMP is a process of tattooing the scalp of the head in order to mimic hair or simply said, to promote a natural look of a new growing hair. This is significantly inexpensive and painless treatment when compared to hair surgery which is why many men decide try it. However, as other hair loss treatments, SMP does not promote hair growth. Thus, some opt for hair transplantation treatment in order to get the hair back.