Aftermarket exhausts are one of the most affordable, yet efficient ways to improve performance, fuel economy, and to get the blood pumping from the sound your car is going to make. But in order to understand how they do that, you need to know a bit about all the different parts of aftermarket exhaust kits. 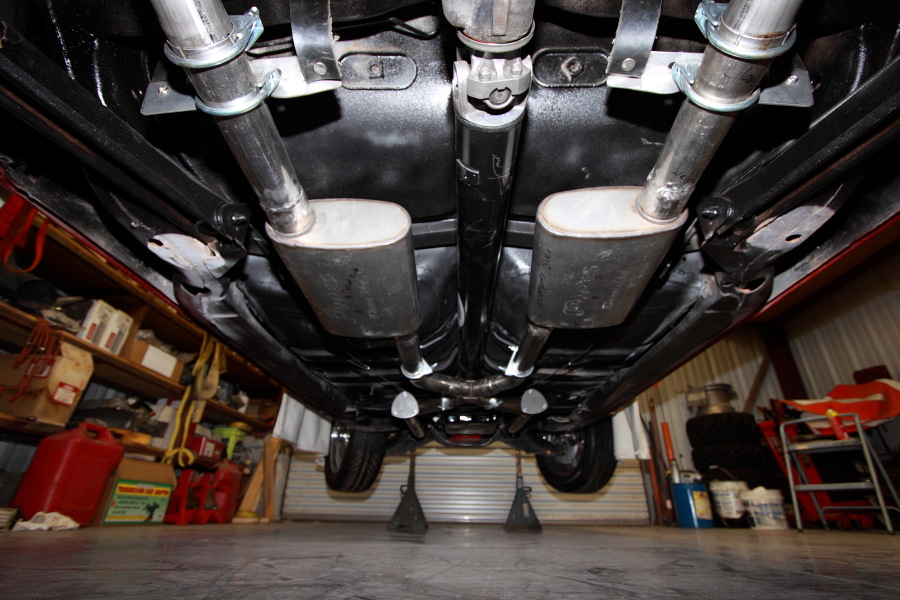 Let’s start with the exhaust manifolds/headers. The purpose of this component is to handle the exhaust gases that come out of your engine. They’re bolted to the cylinder heads and take in the exhaust gases produced in the combustion chambers. Aftermarket exhaust manifolds/headers are usually made using mandrel bending technology to reduce restriction, which allows for the gases to leave the exhaust system faster. This results in reduced back pressure and improved exhaust flow velocity which creates energy pulses that scavenge and pull spent gases from the engine.

Then, there’s the catalytic converter. Most aftermarket exhaust kits have a catalytic converter, but there are some that don’t. Regardless, you absolutely need to have it because it’s the part responsible for converting your vehicle’s harmful emissions into nitrogen, oxygen, carbon dioxide and water. Aftermarket kits usually feature high-flow converters that are slightly better at doing the job than stock catalytic converters.

Next, there’s the muffler. The muffler is responsible for reducing the noise produced by the engine. Although the job description of a muffler is rather simple, the way it actually does the job is quite complicated. Usually, it uses a combination of chambers, baffles, perforated tubes and sound deadening material to reduce the sound. Mufflers can be configured in different ways in order to produce different notes. Some people want their vehicle to produce a more aggressive sound, while others want to keep the noise levels down.

Lastly, exhaust pipes. Aftermarket crossover, downpipes, and tailpipes all play a crucial role in how your exhaust system performs. Aftermarket pipes are generally wider in diameter than stock exhaust pipes, allowing for more clean air rich with oxygen to enter into the engine, while also allowing for the gases that leave the engine to leave the system faster. As a result, your engine will burn fuel more efficiently, simply because more oxygen-rich air will be available in the combustion process.