Added sugar is probably one of the most unhealthy ingredients in modern diets. That being said, more and more people are turning towards healthier solutions such as sugar-free sweeteners like xylitol, stevia, erythritol, and sorbitol. Xylitol, in particular, has become quite popular among many people, as it’s a low-calorie sugar substitute that contains a low glycemic index. Studies show that xylitol can actually also prevent ear infections, improve dental health, and it also has antioxidant properties. Like most other artificial sweeteners, xylitol is a sugar alcohol, a type of carb that doesn’t actually contain any alcohol. This sweetener occurs naturally in very small amounts in fibrous vegetables, fruits, corncobs, trees and even inside our bodies.

Xylitol offers an almost identical sweetness to sugar, except it contains only a fraction of the calories that sugar does. It’s a very popular ingredient used in many products that you probably consume on a regular basis, such as toothpaste and sugar-free gum in the form of xylitol mint. Manufacturers add xylitol to many foods, including honey, yogurt, nut butter like peanut butter, jams and jellies, sugar-free candies such as xylitol mint, gum, and gummies. It’s also included in toothpaste, mouthwash, and other fluoride products.

As aforementioned, xylitol offers a range of health benefits. Some of the most notable benefits of xylitol are its low-glycemic index, reduction of ear infections, improvement of dental health and its antioxidant properties. The low-glycemic properties of xylitol make it the ideal sugar substitute for people with diabetes and people who want to lose weight. Having a low-glycemic index basically means that consuming it won’t cause spikes in insulin levels or blood glucose in the body. 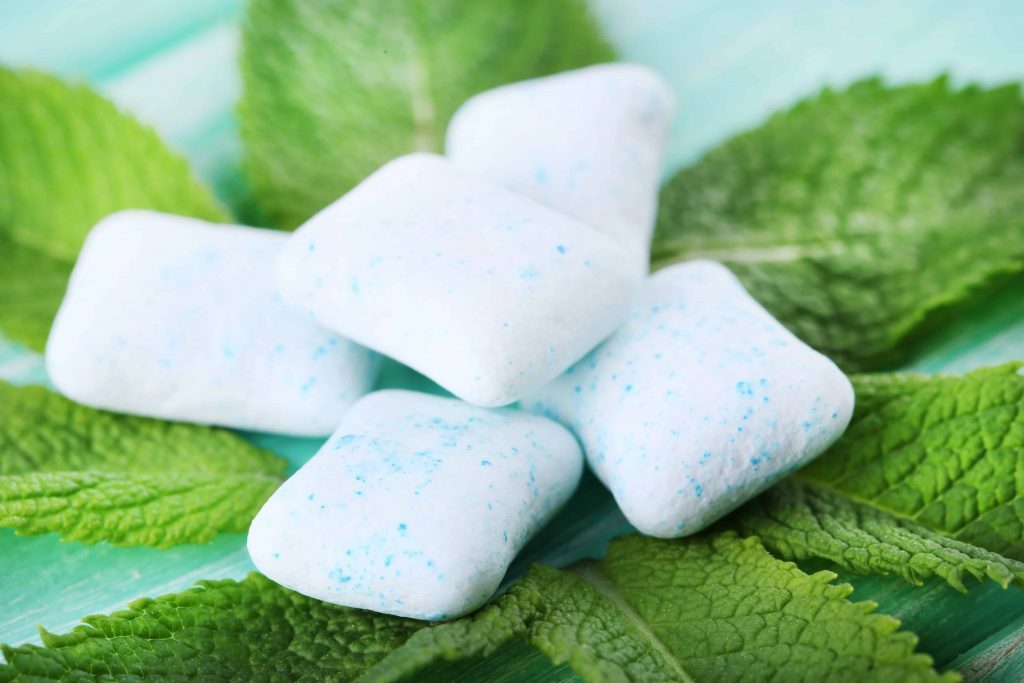 The dental health benefits stem from the fact that xylitol is non-fermentable. In other words, bacteria in the mouth can’t convert it into the harmful acid responsible for tooth decay. The bacteria Streptococcus mutans is one of the main causes of tooth plaque, which is the white, sticky substance accumulating on the outside of the teeth. Plague is also responsible for binding lactic acid against the tooth’s surface, which causes the enamel to break down and the tooth to decay. While it’s normal for people to have small amounts of plaque on their teeth, large amounts can lead to gum disease, cavities and decay. 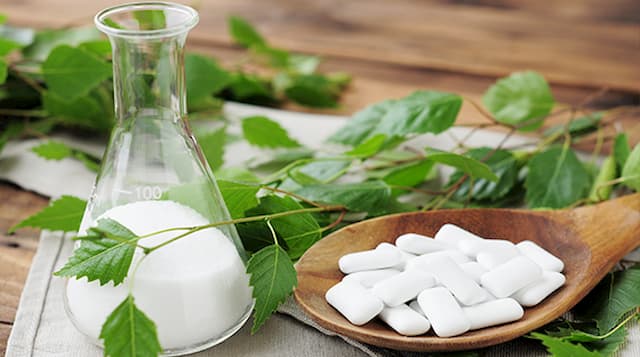 The antioxidant properties of xylitol stem from the high amounts of glutathione it produces. Free radicals can cause oxidative stress, which leads to cell damage and the development of conditions such as cancer, cardiovascular disease, and diabetes. The production of glutathione counteracts the harmful effects of free radicals. However, worth noting is that these tests have only been performed in mice so far, and aren’t validated in human subjects.

Although xylitol is perfectly safe and FDA approved, it can cause digestives issues like diarrhea and bloating in some particular cases, just like every other sugar alcohol. Worth noting is that xylitol can be very dangerous for dogs, so you should always store it in a safe place that’s out of reach for pets. If you think your dog has consumed your xylitol, you should call the vet immediately. Furthermore, xylitol doesn’t have any interactions with over-the-counter and prescription medications. However, you should still consult your doctor about any potential interactions when starting new supplements and medications, just to be safe. 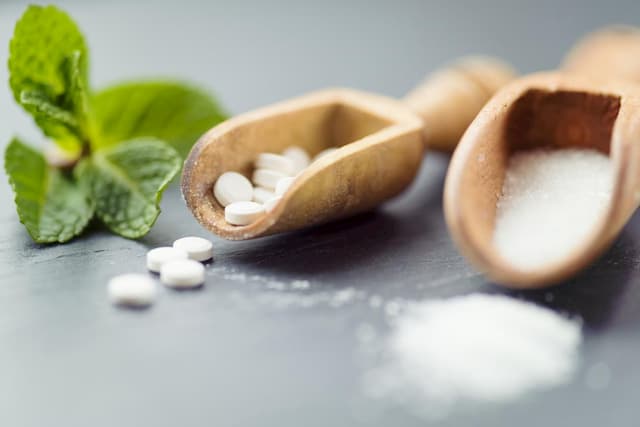 The amount of xylitol you should consume on a daily basis varies from person to person. Most adults can safely tolerate anywhere between 10g and 30g per day, which is generally divided into a few smaller doses. However, after your body gets used to xylitol, you can probably consume anywhere up to 70g without any side effects. For children, consuming about 5g of xylitol a day can help reduce plaque-causing bacteria. Further, children can safely consume up to 40g of xylitol without any negative side effects.

As aforementioned, besides xylitol, some other popular artificial sweeteners used as table-top sweeteners used in a wide range of products include sorbitol, erythritol, stevia, and agave nectar. Sorbitol is another sugar alcohol that’s quite similar to xylitol in terms of molecular structure. Sorbital also doesn’t spike blood glucose levels, making it a great sugar substitute for people suffering from diabetes. Erythritol is also sugar alcohol that’s actually more effective at reducing oral plaque than sorbitol and xylitol when used at higher concentrations. Stevia is a natural sweetener extracted from the stevia plant. It’s available in liquid and granular forms. And agave nectar is a syrup extracted from the agave plant and is used as a sugar substitute and foods and drinks. However, this nectar contains fructose, which bacteria can break down into acids that cause tooth decay.