Ever since the combustion engine was invented, spark-driven combustion and diesel powered engines have been going toe to toe for the best engine spot among all renown engineers all over the world. For over the past hundred years, these technologies have been constantly competing. The spark driven-engines are predominately used in the early aviation, personal transportation and personal marine fields, while the diesel engines have been predominantly used in submarines, locomotives, trucks and ships. 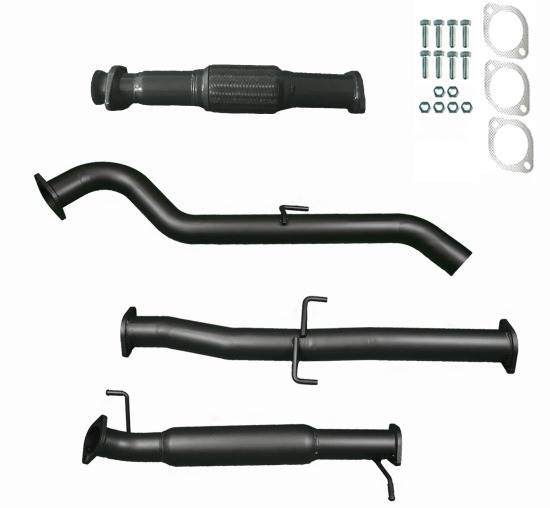 However, in the past couple of decades, the diesel engines have caught up in the automobile manufacturing industry and have become very competitive. In Europe, about half newly manufactured vehicles now run on diesel. Why this sudden change in the transportation industry? Well, simply because diesel is more efficient, reliable, lasts longer, runs cooler and is much, much safer. Moreover, diesel engines are easier to turbo-charge, and they accept synthetic fuels, produce less carbon monoxide, and the list goes on.

If your vehicle runs on diesel, and it’s time you replaced your stock exhaust system, a big thing to consider is adding a diesel particulate filter, or a DPF exhaust. The reason for this is that it removes particulate matter and soot from the exhaust gas of the engine. This is a result of the fact that exhausts that come out of the engine are carcinogen, which is a product of incomplete combustion of the fuel. These particles include smaller nanoparticles, which worsen the particulate pollution which is thrown out in the atmosphere through your exhaust, and can be extremely harmful to people’s health.

A dpf exhaust successfully captures more than 95% of soot. If the dpf exhaust performs optimally, soot emissions are lowered to about 0.001g per kilometer, or less. This technology was first considered in the seventies due to the consequences that inhaled particles caused. They’ve been on off-road machines since the nineties, and about five years later were implemented in automobiles.

It’s precisely in the middle eighties when the diesel engine became the preferred choice for many manufacturers and consumers in the world. And while there weren’t any strict regulations about it in the past, many people still opted to go for this environmentally-safe solution. However, that has changed in the recent past. Now there are more strict laws that enforce the use of dpf exhausts, which makes it the right time to invest in one and stay ahead. By doing so, you’re not only protecting your health, but you’re also making a positive impact on the entire environment as well.