Before any type of excavation takes place, gathering all the information about the location of the nearby underground utilities is one of the most important parts of performing a successful and hazard-free job. The problem about getting that information is that nothing is visible, so you’ll need a combination of drawings, plans or information, which may easily be obtained but may be incomplete or faulty. That being said, you’ll need to use one of the underground utility line detecting methods to get that information. The most popular underground cable and underground pipe detector methods include GPR (Ground Penetrating Radar), sonic surveying, dowsing and electromagnetic location. 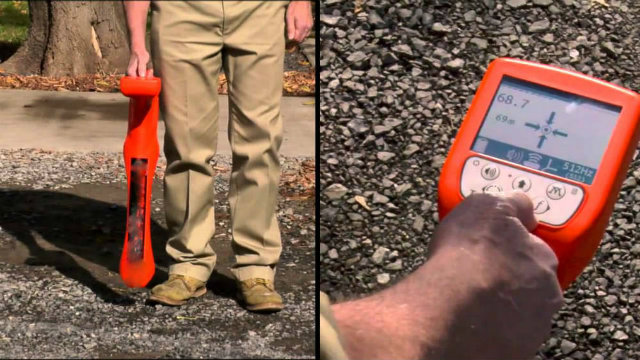 Ground-penetrating radar detection is arguably the most popular type of method simply because it can detect non-metallic objects as well as metallic objects. However, the downside to GPR products is that they’re more expensive and bulkier, and require a fair amount of training in order to get the most out of the equipment. Further, surveys with GPRs can take more than other methods, which puts them beyond the scope of many operators. Sonic surveying is performed by injecting sound or ultra-sonic waves along a line or into the ground, which is a popular technique used for locating plastic water pipes. However, this method isn’t suitable for locating other types of buried utilities. In case you don’t know what a line is, it’s a continuous cable, metal pipe or conductor that’s capable of carrying electric current.

Electromagnetic location is another popular method for locating cables, pipes, and sewers. The only disadvantage to electromagnetic underground cable and underground pipe detector models is that they don’t locate non-metallic, such as plastic pipes. However, utilities that require a small amount of hassle to lay tracer wires with plastic pipes aren’t affected by this disadvantage. Electromagnetic underground cable and underground pipe detector models offer a lot of advantages and Radiodetection is one of the most renown manufacturers that specializes in developing them. And lastly, dowsing, while being the oldest technique, it definitely isn’t the oldest technology. Although the same hazel twig and its variants are used to this day with varying effects by many practitioners, the ease of handling and locating utilities is one of the main features that can be claimed with certainty.

Most GPR and electromagnetic underground cable and underground pipe detector models operate in the same fashion – a signal is transferred through the transmitter and it’s picked up back by the receiver. This allows the user to trace the path of the signal and detect the utilities in the way. The signal sent by the transmitter is set to a specific frequency that can range anywhere from less than 1 kHz to about 480 kHz. And while the basic technology of utility locating hasn’t changed much, the ways for getting the signal into the underground utilities have. There are two types of signals – passive and active.

Passive signals are naturally occurring around an underground utility, and they can include current flowing through electric supply cables, earth return current from systems that use cable sheaths or metal pipes as a convenient conductor, and radiofrequency currents from VLF (very low frequency) radio transmissions which have penetrated the ground and flow along the underground utility. 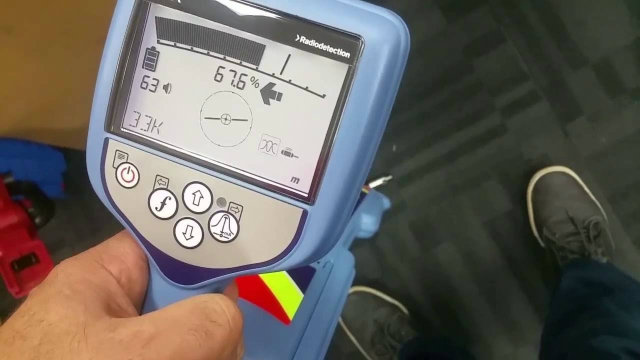 Passive sweeping (locating) is usually performed to search for abandoned, inaccessible or unknown utilities by only using a receiver. In order to perform a passive sweet, the survey grid is traversed in power mode, and the receiver blade is placed in line with the direction of movement and at the appropriate angles to any utilities that may be found. When the receiver finds a utility, it pinpoints it, traces it and marks it. The sweep then continues until all present utilities are marked and the entire grid is traversed in both directions. After that’s done, the process is repeated in radio mode in order to find utilities that emit VLF radio signals. However, passive sweeping does not identify utilities, it only locates them.

In order to identify utilities, an active signal is sent. Active signals are intentionally generated by the transmitted and are applied directly to the utility through direct induction or connection. Besides identifying the utility, active signals let you trace and calculate the depth of the utility as well. Direct connections involve plugging the connection cable into a transmitter output socket and directly connect it to the target line. This can be done with a transmitter clamp or connection clips and leads. Connection clips are typically used to apply signals to metallic pipes, metallic conduits, and site lighting structures, and this is the preferred method for locating secondary water, electric and gas lines.

Many cable, telephone, and electric lines are buried into the ground without any protection or are housed within plastic conduits. As a result, directly connecting to these lines is either forbidden or considered too risky. If that’s the case, transmitter clamps are used to apply a signal to them without interrupting service. The clamp is relatively easy to apply, but the signal won’t travel as far as it would with connection clips, and this method works best if the target line is grounded on both ends. This method is commonly used for cable, telephone, and electric line locating. 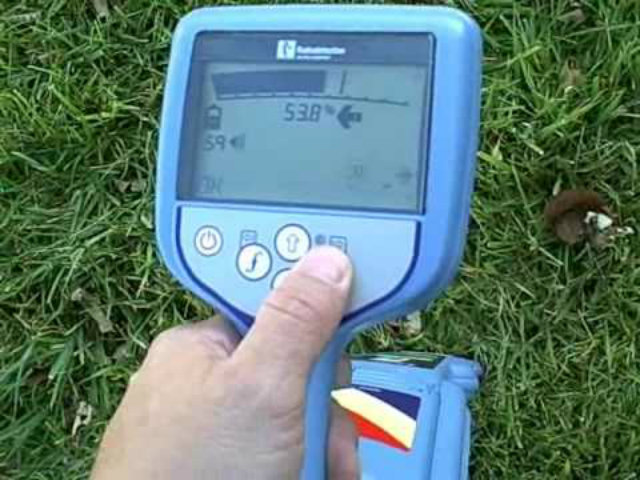 But an active signal can’t always be applied to a line since a lot of lines are inaccessible. If that’s the case, a general induction sweep is performed by placing the transmitter’s antenna directly on top of the utility line and inducing a signal into it. These signals can be applied without direct access to the line and it’s a very easy and quick method to use. However, this method comes with the disadvantage of being inefficient on deep targets, so it can only be used at depths of about 2-3 meters. Further, the signal can induce into other lines besides the target, and signal strength is lost in the surrounding ground.

Keep in mind that active signals can’t be applied to non-metallic utility lines. So in order to counter this, a detectable self-contained transmitting sonde or duct rod needs to be inserted into the line through a handhole, manhole, catch basin or cleanout. The drawback to this is that some non-metallic utility lines may be obstructed by detritus or may not have access points. Either way, this is the ideal method for locating future use lines, fiber optics, storm, and sanitary sewers.