Back in the day, snowboarders who wanted to conquer untended slopes had to wear special snowshoes in order to travel uphill. So, snowboard manufacturers came with an ingenious idea to solve the problem – splitboard snowboards. These pieces, as their name suggests, split into two parts that can act as skis, providing you with two solid platforms to walk on when traveling over powdery, deep snow. 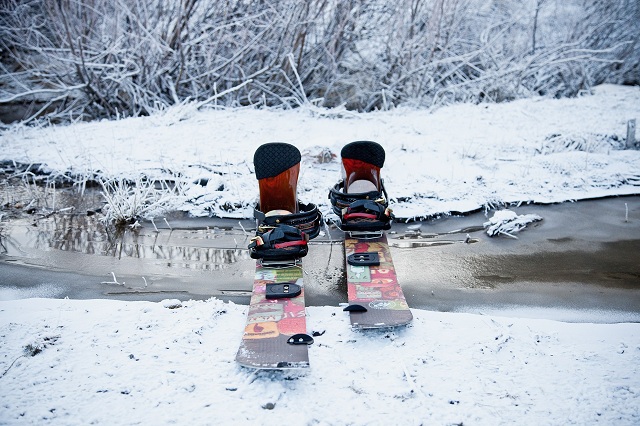 Although the splitboard snowboard is a type of snowboard, there are some differences between them. A splitboard snowboard allows you to climb up mountains like a backcountry skier can, with the board on your feet instead of on your back like a typical snowboard would require. Once you climb the mountain or hill, you can put the two pieces together again, and you get a snowboard to ride the mountain or hill. Basically, these pieces give you the benefit of versatility and practicality.

As briefly aforementioned, splitboards enable to you float over the snow as you climb the mountain or hill. Instead of stomping along using special snowshoes, you can glide up and spend far less energy doing so. You also don’t have to carry the extra weight of a snowboard on your back as you climb. Additionally, they don’t limit your decisions regarding your boarding adventures, and you can conquer almost any terrain. Waiting in line for the lift, or renting a snowmobile is no longer a must, and you don’t need special training to use a splitboard if you can already ride a snowboard.

However, there are also some disadvantages to splitboards. They’re generally more expensive, and low-end models are rather heavy and cumbersome. That makes them more difficult to ride and climb. Plus, as aforementioned, you’ll need a special pair of bindings and boots in order to get the best experience. That being said, it’s more affordable for snowboarders who already have a snowboard to just get a pair of snowshoes and climb with them. Lastly, icy weather conditions can affect your splitboard’s bindings by freezing up the sliding interface parts that you use to convert the skis into a single solid board.