There are a lot of car owners that like to work on their cars, as well as fix them up if need be. There are a lot of reasons why most of the people that drive the cars also want to be the ones that maintain them. One of the most common ones is that they like to be involved when it comes to both driving their vehicle and repairing it. Another is that they have the know-how and see no reason to let someone that they don’t even know mess around with their wheels and charge them for something that they could have done just as well and as easily themselves. But regardless if you know your way around an engine block or this is your first time handling a wrench, the one thing that everyone needs is a set of good tools. 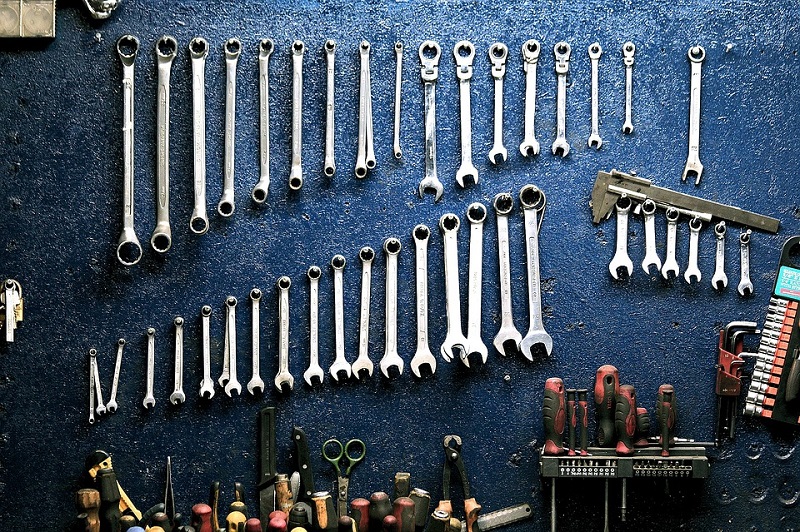 Saying that the proper workshop tools are a requirement for every driver regardless of their mechanical knowledge is an understatement. However, this is not meant in the sense of if you don’t even know which end of a screwdriver to hold, just keep poking at the car parts with the car tools until something goes vroom. This actually refers to the ease with which one can learn how to use them and better to have them and not need them rather than the opposite.

The most common example of essential workshop tools for every garage are the screwdriver and wrench sets. Their sole purpose is to tighten and loosen nuts and screws. Yet, for as simple as that may seem, they do most of the heavy lifting when it comes time to do any kind of car repairs. In fact, it isn’t much of a stretch to say that a mechanic without a screwdriver is no mechanic at all.

Another tool you will without a doubt need is a car jack. It doesn’t matter if it’s automatic or not, all it really needs to do is be strong enough to be able to properly lift your car and hold it in place reliably if you need to do some work on its underside.

Some other very useful workshop tools include a LED work light or a head lamp to actually be able to see what you are doing, a creeper if you think you will be spending a lot of time under your vehicle and a pair of jump leads if your battery ever dies.

Even though the most important thing when repairing a car is that you yourself actually know what you are doing, a proper set of workshop tools comes in at a close second since it really is true that a workman is nothing without his tools.