What Does FCS Stand for?

Introduced to Australians in 1992 and released globally in 1994, FCS Australia is a brand and a type of fin set-up that allows for more versatility and style. To this day, FCS (Fin Control System) is one of the most successful, popular, strongest and most widely used fin systems in the whole world.

What is Surfboard Fin?

Also known as a skeg, a surfboard fin is a hydrofoil mounted at a surfboard’s tail in order to improve the control and stability through foot-steering. In other words, fins can provide a lateral lift opposed to the water while helping you stabilise the board’s trajectory. That way, you will be able to control the direction by varying the weight distribution. Out of all types available on the market, FCS Australia fins are the strongest, most durable and commonly used types of surfboard fins. That explains the brand’s wide range of sizes, shapes, configurations and materials. With a large selection like this, you can easily find the right fin type and fit. 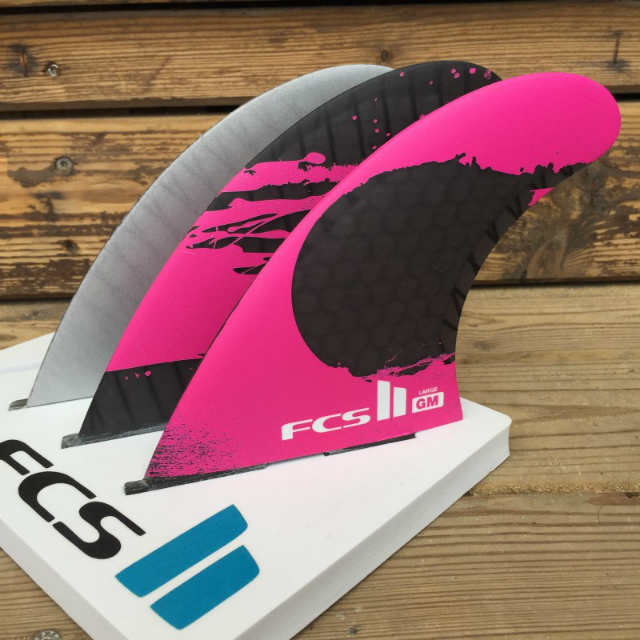 Things to Consider When Choosing the Right Fin

Just like there are different surfboards sizes, surfboard fins also come in different sizes in order to meet your weight. Generally speaking, the usual fin’s sizes range from XS to XL, however, different manufacturers have different size charts. One thing to have in mind when choosing the right fin’s size is that if you are near the cut line for a fin size and you are a surfer who drives aggressively, going for the larger sizes would be ideal. 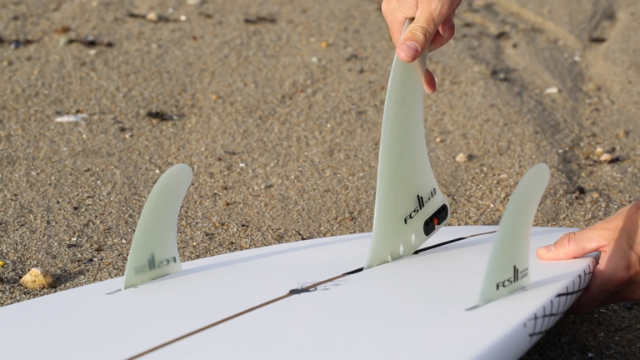 The Material Matters As Well

The fin’s material is closely related to the type of surfer you are. For instance, if you are an aggressive surfer who is really pushing hard through the turns, or you are simply surfing on faster on more powerful waves, then you should go for a fin with added stiffness is needed. Such fins are the ones made of carbon or solid fibreglass.

On the other hand, if you are a surfer who is just following through the turns, then you should opt for a fin that has fibreglass – honeycomb construction. Fins with this construction are also stiff but a bit softer than the carbon-reinforced ones. Neo glass, neo carbon, glass flex and soft flex are just some of the other types of materials from which you can choose. All of them have a different purpose which is why you should carefully go over all of the options.

The Specs of the FCS Fin 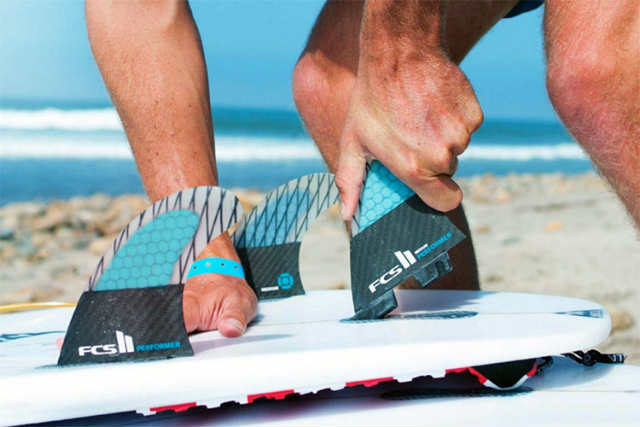 How to Install Fcs 2 Fins?

In 2013, FCS introduced the FCS II system. This is a new per-glass fin system that boasts a lot of key advantages over the past FCS fin models. While in the previous models the fins were secured with the help of screws and other tools, the FCS II eliminates this need. In this model, the fin simply locks into the plugs. Inserting and removing FCS fins is quite easy, you just need to follow the instructions.