Some nights you just want to stay in, order a pizza and maybe grab a few beers. However, not wanting to go out doesn’t mean that you don’t want to have fun staying in. And nothing makes those nights more memorable than inviting some mates for a game night and a few cold beers. But besides a few snacks and drinks, it’s good to have a range of games you can pick from to play with your crew. To help you in organizing your game night, I compiled a list of the most interesting card games as well as the best board games for adults. Here are my top picks. 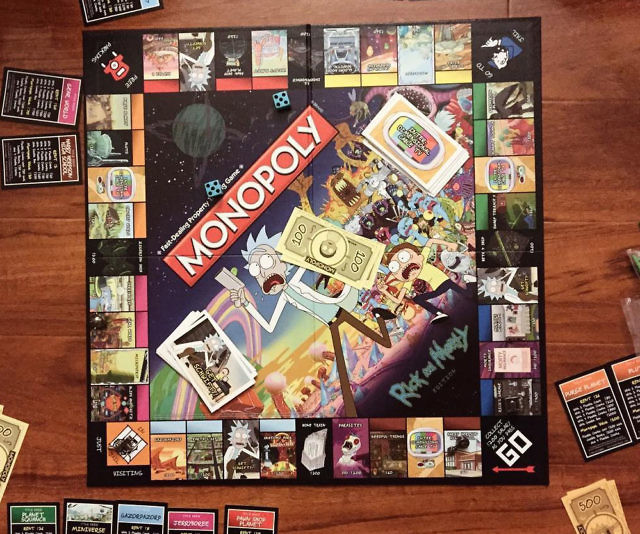 As if regular monopoly wasn’t already considered one of the best board games for adults, we now have a Rick and Morty themed game! If you and your friends are fans of this animated science fiction sitcom, then you will have a great time on this adventure. Players can buy, sell and trade locations from the Multiverse, such as the Cromulon Dimension, Gazorpazorp and Planet Squanch.

Game of Thrones fans can also enjoy their own theme when playing, as this is definitely considered to be one of the best board games for adults. They can buy, sell and trade locations from the TV series, such as Castle Black, Winterfell and King’s Landing. The game also includes themed collectibles like the Dragon Egg, Three-Eyed Raven, White Walker, Direwolf, Crown and The Iron Throne. The winner gets to sit on the throne! 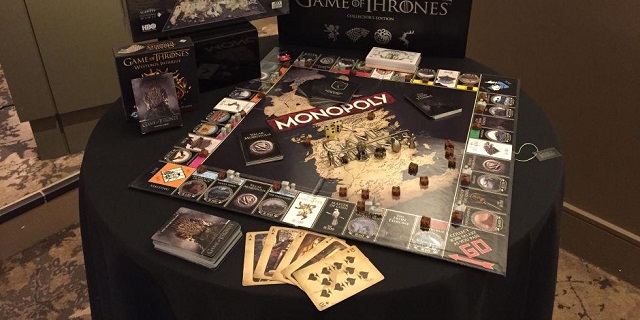 New Phone Who Dis? is one of the most interesting adult card games out there. Players receive a text message card in their ‘inbox’. Then, everyone in the group needs to choose a reply card. Is your reply deserving of a screenshot? The judge will decide that, and if yes, you will receive a point.

Do you and your mates want to get buzzed during game night? Well, then this is the perfect game for you! Each player takes a turn drawing a card from the top of the deck. The card prompts which one of your mates will drink. Sometimes it will be the one with the hottest dad, sometimes the one who uses a friend’s Netflix account instead of subscribing.

Cards against humanity is one of those adult card games for horrible people! One player asks a question from the deck of black cards, and the players have to pick an answer from the white cards. Players – be warned! This is not a politically correct game. 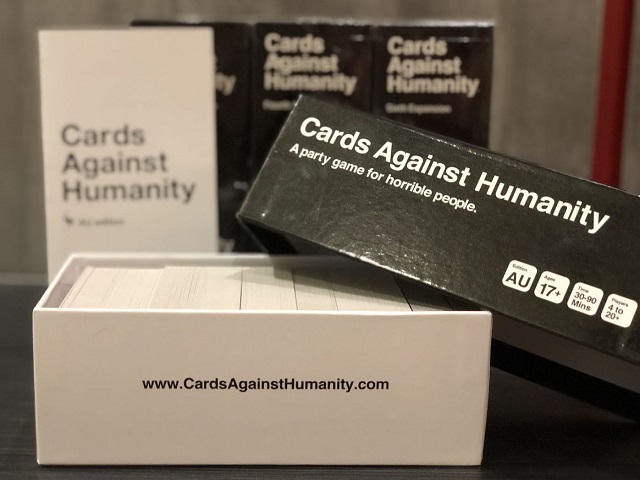 The Game of Nasty Things is one of those games that help you find out exactly how nasty your mates are. One player reads out loud one of the gross, dirty, offensive, sexy, outrageous, whacked and hilarious topic cards. The other players write down a response related to the topic. The responses are mixed together and read out loud. It is up to you to figure out which one of your mates wrote down the nastiest, grossest answer!

The Bucket of Doom can be described as an imaginary escape game. There are 30 different scenarios that players might encounter. Each scenario prompts them to figure out an escape plan with a useless object. How would you escape if you were buried alive in a coffin or left behind on Mars with the help of one useless object, such as a cheese grater? It is not exactly the survival of the fittest – the player with the most creative escape plan wins.

Chess is widely considered one of the best board games for adults. Its history can be traced back to the 6th century. Though the origin of chess is not certain, there is one thing we can say for sure – it is still one of the most popular two-player strategy games. With laser chess you can use your old chess strategies, however, there is something new in the mix. At the end of your turn, you can fire a real laser beam. The pieces are mirrored and if the beam strikes a non-mirrored surface of one of the pieces, it is removed from play. To win, you should kill the King with a laser beam! 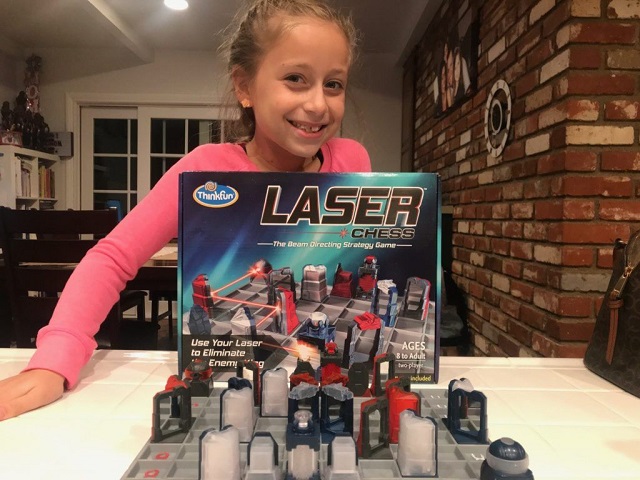 Are you a fast thinker? Are you a fast talker? If the answer is yes, then you might have a shot at winning this game. This is a word game; the objective being describing the words to your mates. And you can’t use easy tricks like ‘rhymes with’ or ‘sounds like’. When it is your turn, you have 30 seconds to describe the most words to your friends. They need to guess the word so that you can move on with another one. The player who has managed to successfully describe the most words – wins!

The objective of the game is simple and somewhat similar to the one of Cards Against Humanity. You read a setup card, for example, “When my brother brought home his new baby to show the family, Granny blurted out…” What did granny blurt out? It is up to you and your mates to come up with the punch line. The answer that has you rolling with laughter wins. The player gets one point in the game and a few points for being crazy!